Over the summer I worked with the talented artist and illustrator Andrew Khosravani on what will be the first of a series of animated shorts for the Royal Institution’s digital video channels.

For sometime I’d wanted to re-purpose content from our long-form lecture videos by excerpting audio clips and using these as the basis for animations. Other organisations have had great success doing this in the past, particularly the RSA (check out their RSA animate videos) and so it struck me as a no-brainer when Andrew recently joined our team.

In choosing the right clip, it was important to find an excerpt that was fairly self-contained and that would stand-alone outside of the context of the longer event video. For this first project we decided upon an excerpt from a Q&A event with the Pulitzer prize winning scientist and author Jared Diamond, filmed back in 2013. In the excerpt, Jared discusses how insights from the lifestyles of far-removed cultures can impact the way we think about our own lives, particularly in the context of our approach to risk – an anecdote that has always stuck with me since filming the event.

After trimming and pruning the audio clip to get the flow as tight as possible Andrew set about story boarding the piece and after we were agreed on the direction he set about creating the artwork assets and animation. As you’ll see from watching the piece, the attention to detail is pretty breathtaking, Andrew writes on the Ri Blog,

“Because of the density of the vegetation in the animation, some of these scenes were created with upwards of 1000 layers of illustration.”

All this serves to creates an incredible visual feast, one that really pulls the audio into a rich and colourful visual medium.

Once the animation was finished I worked on the sound design to tidy up the audio clip and add a little more depth and weight to the piece. As you’ll hear it’s all fairly subtle, which was necessary because the visuals are definitely leading here and there’s a lot going on in the frame already.

The aim of this project was always to blend scientific content with an artistic aesthetic in an attempted to reach audiences that don’t traditionally engage with our more science heavy content. The piece was subsequently awarded a ‘staff pick’ on Vimeo and was picked up by several art and design sites around the web, so we were obviously pretty chuffed about that!

We’re now working on our second piece, which sets visuals to an audio piece I made, featuring British astronaut Helen Sharman discussing her dreams about space. We will be releasing this piece in the lead up to the Christmas Lectures – so stay tuned! A short, meditative film I directed and produced with Professor Nicholas Humphrey exploring the scientific significance of consciousness and the problems we face in understanding its existence.

After working with each other last year Nick and I were keen to explore consciousness in a short form piece – quite the challenge considering the complexity of the subject matter.

Our intention was not to be too heavy handed with the facts and figures, but instead to present the viewer with some of the key questions and problems that scientists face in understanding consciousness from the perspectives of evolution and neuroscience.

One of the greatest challenges with this piece was always going to be in constructing compelling images to go alongside the narration and pieces to camera. It was with this in mind that we chose the Botanic Gardens as the lush and colourful backdrop in which to explore these ideas against.

The film was shot primarily on a Canon 6D over a couple of days, on location at Cambridge University Botanic Gardens and at the Royal Institution. I was really impressed with the footage coming out of the 6D (aside from a few moire problem) and it received very little grading. I also paid a little extra attention to the audio, mastering it outside of FCPX and in Ableton Live – just to give it a bit more polish! 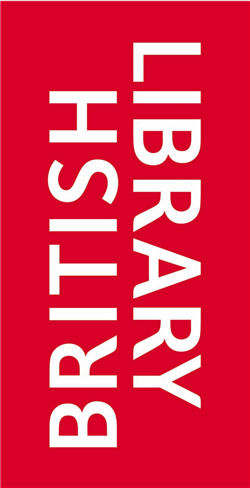 A couple of weeks ago I took part in the ‘On Location: Writers, Sounds and Places’ event at the British Library, which was organised in collaboration with The Guardian and In The Dark.

The event explored British landscapes, both urban and rural, through a collection of sounds, words and film and included a panel discussion chaired by the Guardian’s Madeline Bunting. On the panel were writer Rachel Lichtenstein, T.S. Eliot prizewinning poet Alice Oswald and Professor of Literature at the University of Essex, Marina Warner. The event set out to explore how writers, filmmakers and artists explore and capture the essence of British landscapes within their work – and the different approaches they take to achieve their art. You can read a lovely write up of the event by Cherly Tipp here.

To begin the event, I composed several sound pieces, which were to accompany and compliment live readings from both Alice Oswald and Rachel Lichtenstein. These pieces were designed to augment the imagery evoked within the readings and provide a powerful listening experience through the combination of spoken word and abstract sound. The pieces were mixed live under the readings, which brought an element of performance to the soundwork – something which I’d not really explored before in the context of listening events. This also introduced some lovely moments of serendipity, as abstract sounds from the compositions aligned themselves with the words of the readers.

Listening to the landscape

In darkness, Alice opened the event with a powerful reading of her piece ‘Sea Poem’, which was followed by a piece composed from an old recording of Ted Hughes, reading his piece ‘Wild Rock’ (listen below):

After this came  ‘A Whitechapel Walk’ from Rachel Lichtenstein, which introduced the sounds of moden Whitechapel into the auditorium. This was then followed by the second and final reading by Alice, who finished off with a her piece ‘Epileptic’ a piece which brought with it the sounds of night, fluttering wings and the distant tide.

You can hear the live recording from the event here:

The tracklist is as follows:

To close the event I’d composed a final soundscape which blended elements of both the rural and urban landscape, moving from the noise of the country into that of the city. With this piece I wanted to demonstrate noise as a feature of both the rural and urban soundscapes and so pulled out elements of both. This piece features a modified version of a previous work, ‘The Dustbin Man Cometh’ – which was produced for an In The Dark listening event back in March.

In addition to the event are a series of podcasts over at the Guardian which continue the themes of landscape literature, dedicating an episode each to the works of Alice and Rachel. You can also view the short film ‘Notes on Orford Ness’ which was screened at the event here, an aurally rich portrait of this unusual location, featuring extracts from writer Robert Macfarlane’s newly commissioned work, Untrue Island.