A short film I made for the Royal Institution that explores the relationship between entropy and time. The piece formed part of the larger Ri Advent Calendar project which explored the four laws of thermodynamics.

An animation I produced last year with animator / illustrator Rosanna Wan for the Royal Institution.

Rosanna’s distinct visuals incorporate a hand drawn style that tell the story of cartographer Marie Tharp, whose work helped to detail the complex geography of ocean floors around the world.

Her maps helped to demonstrate that the ocean floor was in fact a complex assortment of peaks and troughs – which went against conventional wisdom at the time. Despite fierce opposition, she stuck fast to her findings and as more data was collated, the tide of opposition turned, paving the way for our modern understanding of plate tectonics.

Directed and animated by Rosanna Wan.

Produced and scripted by Ed Prosser.

Two new videos produced recently for the Royal Institution that take you inside the ISIS Neutron and Muon Facility in Oxfordshire.

This is a scientific research facility that uses a high-energy proton accelerator to generate neutrons which are then used by visiting scientists to research the structure and properties of materials.

Find out about how they power the facility and an example of the cutting edge research taking place in the videos below!

How to Power a Particle Accelerator

Here’s a short animation I wrote and produced with animator / illustrator Andrew Khosravani.

The piece is narrated by Hannah Fry and tells the story of how zero became a number. We were very happy about it getting a “Staff Pick” on Vimeo!

The scripting for the piece was tricky, it took several weeks to wrap our heads around the subject and then boil a significant amount of history down into around 3 minutes… inevitably details had to be cut and even after recording the voice-over with Hannah we had to make some difficult decisions to make further cuts. All in the name of reducing animation time – which was significant for a piece like this – Andrew did an incredible job!

Oh and the chapter numbers are obviously all in binary.

I recently made a short film for the Royal Institution that tells a story of the miners safety lamp, also known as the “Davy Lamp” – invented by Sir Humphry Davy in the 19th Century.

The lamp was designed to allow miners to safely light their way in the mines using candles or oil lamps – which were previously at risk of igniting flammable gases that leaked from the coal baring rocks, often leading to devastating explosions and large loss of life.

Find out more by watching the video!

This is the first time we’ve explored an archive story through the format of Andy’s Tale’s From the Prep Room series and I really like how the historical narrative is combined with the usual demonstration elements of the series – it’s something we’ll think about doing more in the future.

Riffing off the film’s subject matter, I thought I’d experiment with shooting most of the film in candle light in a pitch black environment – which was made possible by the low light capabilities of the Sony A7s, combined with a very fast vintage lens (Takumar 50mm f1.4). I really love the intimate setting that this creates and it also helped to hide the fact that we shot this in a very dull location (the Ri’s windowless basement lab used for school workshops).

Slow motion footage was captured on the Panasonic GH4 at around 100fps – watching the flames billowing out of the gas filled tube is particularly mesmerising!

Over the summer I worked with the talented artist and illustrator Andrew Khosravani on what will be the first of a series of animated shorts for the Royal Institution’s digital video channels.

For sometime I’d wanted to re-purpose content from our long-form lecture videos by excerpting audio clips and using these as the basis for animations. Other organisations have had great success doing this in the past, particularly the RSA (check out their RSA animate videos) and so it struck me as a no-brainer when Andrew recently joined our team.

In choosing the right clip, it was important to find an excerpt that was fairly self-contained and that would stand-alone outside of the context of the longer event video. For this first project we decided upon an excerpt from a Q&A event with the Pulitzer prize winning scientist and author Jared Diamond, filmed back in 2013. In the excerpt, Jared discusses how insights from the lifestyles of far-removed cultures can impact the way we think about our own lives, particularly in the context of our approach to risk – an anecdote that has always stuck with me since filming the event.

After trimming and pruning the audio clip to get the flow as tight as possible Andrew set about story boarding the piece and after we were agreed on the direction he set about creating the artwork assets and animation. As you’ll see from watching the piece, the attention to detail is pretty breathtaking, Andrew writes on the Ri Blog,

“Because of the density of the vegetation in the animation, some of these scenes were created with upwards of 1000 layers of illustration.”

All this serves to creates an incredible visual feast, one that really pulls the audio into a rich and colourful visual medium.

Once the animation was finished I worked on the sound design to tidy up the audio clip and add a little more depth and weight to the piece. As you’ll hear it’s all fairly subtle, which was necessary because the visuals are definitely leading here and there’s a lot going on in the frame already.

The aim of this project was always to blend scientific content with an artistic aesthetic in an attempted to reach audiences that don’t traditionally engage with our more science heavy content. The piece was subsequently awarded a ‘staff pick’ on Vimeo and was picked up by several art and design sites around the web, so we were obviously pretty chuffed about that!

We’re now working on our second piece, which sets visuals to an audio piece I made, featuring British astronaut Helen Sharman discussing her dreams about space. We will be releasing this piece in the lead up to the Christmas Lectures – so stay tuned! 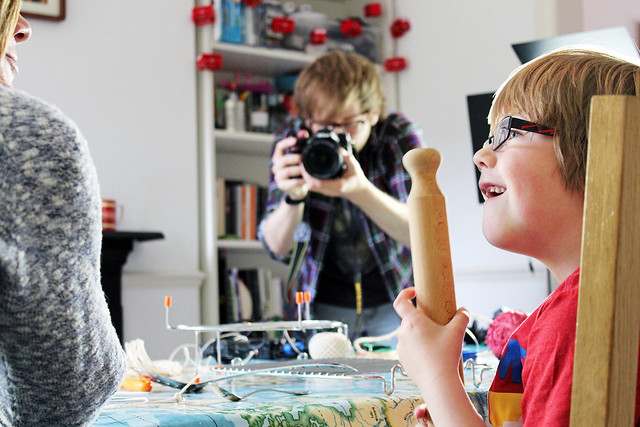 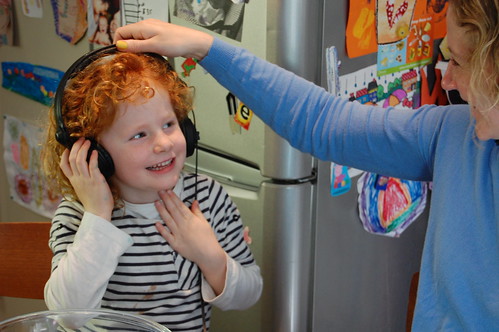 Short animation we just put out at the Ri, written by Alom Shaha and narrated by Jim Al-Khalili.

Art / animation by Jack Kenny and I did the sound design.

There’s an important difference between a scientific theory and the fanciful theories of an imaginative raconteur, and this quirk of semantics can lead to an all-too-common misconception. In general conversation, a ‘theory’ might simply mean a guess. But a scientific theory respects a somewhat stricter set of requirements. When scientists discuss theories, they are designed as comprehensive explanations for things we observe in nature. They’re founded on strong evidence and provide ways to make real-world predictions that can be tested.

While scientific theories aren’t necessarily all accurate or true, they shouldn’t be belittled by their name alone. The theory of natural selection, quantum theory, the theory of general relativity and the germ theory of disease aren’t ‘just theories’. They’re structured explanations of the world around us, and the very foundation of science itself.

There’s an extended blog post on the project here: http://www.rigb.org/blog/2014/november/its-just-a-theory

A short, meditative film I directed and produced with Professor Nicholas Humphrey exploring the scientific significance of consciousness and the problems we face in understanding its existence.

After working with each other last year Nick and I were keen to explore consciousness in a short form piece – quite the challenge considering the complexity of the subject matter.

Our intention was not to be too heavy handed with the facts and figures, but instead to present the viewer with some of the key questions and problems that scientists face in understanding consciousness from the perspectives of evolution and neuroscience.

One of the greatest challenges with this piece was always going to be in constructing compelling images to go alongside the narration and pieces to camera. It was with this in mind that we chose the Botanic Gardens as the lush and colourful backdrop in which to explore these ideas against.

The film was shot primarily on a Canon 6D over a couple of days, on location at Cambridge University Botanic Gardens and at the Royal Institution. I was really impressed with the footage coming out of the 6D (aside from a few moire problem) and it received very little grading. I also paid a little extra attention to the audio, mastering it outside of FCPX and in Ableton Live – just to give it a bit more polish!

Distillations Podcast: The History and Development of  Chemotherapy Drugs

Back over the summer I recorded an interview with Dr Viviane Quirke of Oxford Brookes University about the history and development of cancer chemotherapy drugs. The piece was recorded for the Chemical Heritage Foundation’s brilliant and award winning podcast ‘Distillations’ – which has sadly now come to an end.

The piece was edited by Mia Lobel and can be listened here:

The episode also features a very personal story by producer Christine Laskowski who looks at her father’s cancer treatment with a drug called Cisplatin – a drug that was developed in the 1970s and despite very nasty side-effects – is still used to treat cancer today.

If you don’t already listen to the podcast, it’s well worth checking out the Distillations back catalogue – with close to 200 episodes – there’s some great stuff there waiting to be listened to: http://www.chemheritage.org/discover/media/distillations/index.aspx